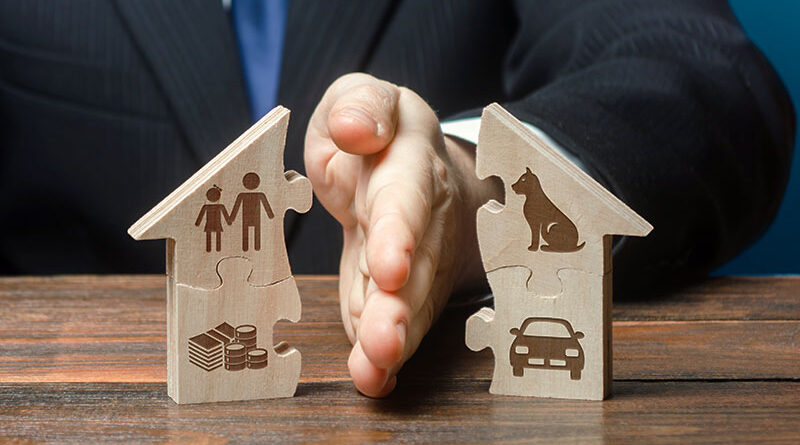 The saying “Two can live as cheaply as one” holds merit in several areas of finances.

Consolidating two households into one can reduce many expenses and provide discounts on things like auto insurance.

Divorce can bring the opposite effect, as each spouse must pay for previously shared expenses. These extra expenses can negatively effect retirement funding as divorcing people must not only pay for the one-time expenses of parting ways—primarily moving, setting up a new household, and the divorce itself—but also the ongoing expenses of their own housing, utility and insurance expenses.

They also lose the value of any unpaid services their spouse provided, such as childcare, housekeeping, household repairs and maintenance, lawn care and snow removal and must split assets and possibly pay alimony.

According to a report on www.magnifymoney.com that analyzes Federal Reserve data:

• 23% more divorced people have no money in retirement accounts compared with married people.

• On average, divorced people have seven times less in their retirement accounts than married people — $15,083 compared to $107,011.

“Divorce and disability are the two greatest destroyers of financial capital,” said Randy L. Zeigler, certified financial planner and private wealth adviser with Ameriprise Financial Services, LLC, in Oswego. “Married couples often generate two incomes and it is not much more expensive to support two people in living costs than it is to support one person.”

Younger couples divorcing have more time to ramp up their savings strategies to retire comfortably; however, divorce in one’s 50s means less time to recoup those losses before retirement.

“I suggest that it is much less expensive to seek competent marriage counseling to work through the marital problems, assuming both parties are willing to do that, than it is to file for divorce,” Zeigler said.

For a couple considering divorce, Heather Youngman, partner at Tully Rinckey in Syracuse, said that a post-nuptial agreement may help protect assets and maybe reconciliation.

“It’s like a pre-nup but done after the marriage,” she said. “They’re opting out of the rules in New York state as to how the assets are divided. There’s less leverage with a post-nup. It’s more like, ‘Let’s work this out and stay married.’ More moneyed spouses who haven’t been married long would be interested in getting this or agreeing to it.”

Otherwise, anything acquired during a marriage is subject to division—including retirement savings, regardless of who earned them. Youngman said that it is often 50/50. However, the court focuses on what is equitable, such as more money going to a spouse with a disability or more assets allocated to the stay-at-home parent.

Once a divorce is filed, spouses may not move their assets, such as draining a retirement account or the court “can try to even the playing field,” Youngman said. “The court won’t be happy with bad faith acts.”

Anything an employer or employee contributes to a retirement plan is off the table; however, the court will take into consideration fluctuations in market investments. She advises meeting with a financial expert as well as an attorney.

Like most financial advisers, Jennifer Lovell, certified divorce financial analyst at Firley, Moran, Freer & Eassa, CPA, PC, in Liverpool, advises people to ramp up their contributions to their employment-based retirement accounts to make up for post-divorce shortfalls.

“Speak with the human resources contact or an adviser,” Lovell said. “Ask them what the company’s contribution is and what you need to do to receive 100% of that. Ask about what other wealth accumulation benefits are available.”

Whether the savings vehicle is a traditional 401k or IRA, which are taxed upon withdrawal, or a Roth plan, where tax comes out before deposit, depends on an individual’s circumstances.

Reassessing retirement goals and current living standards can also help make progress towards saving enough for retirement. That should lead to a new spending plan that allocates more towards retirement savings and maximizing any workplace contribution.

“Maybe the money you spend, like buying coffee every day, you’ll look at it differently because you want that great vacation or whatever your plan is for retirement,” Lovell said. “Is what you spent your money on bringing you more joy?”

Paying off debt will also free up more funds to go toward retirement as well as reducing the amount of money going out once retirement commences. To help pay off debts, cut back on superfluous expenses like dining out, vacations, “toys” and unnecessary professional services should be the first step. Look for less costly means of acquiring necessary professional services, like a less expensive salon or barber. Buy fewer prepackaged foods and freeze clothing spending for a while. Cancel subscriptions and services you may not often use such as the landline phone and cable television. (If you already have highspeed internet access, streaming services are much less expensive than cable).

Sell any assets no longer useful to generate more money to invest in retirement funds.

Bringing in more income with a side gig is popular, from selling online to ride sharing; however, simply working longer can provide long-term benefits.

“While you’re working, you’re paying into Social Security and so is your employer,” Lovell said. “What a lot of people don’t think about is that your full retirement is 67 to get the full amount we put in.”

Reevaluate your goals. If your children are grown and you would downsize in a few years anyway, letting go of the family home—and its costly upkeep—may be a smart option.

“We know life is never going to be the same,” Lovell said. “Maybe keeping that family house doesn’t make the situation any different. A lot of individuals are looking at renting in retirement. There’s a lot of maintenance that retirees don’t want to have to deal with.”