Medical science has exploded in the United States during the last few decades. Scientists have identified several lifestyle factors that will reduce your risk of dying prematurely. Each will lower your chances by up to 21%. 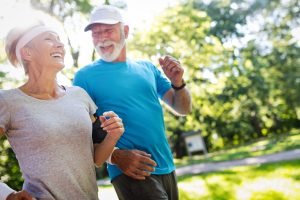 Some of the findings were revealed by American Association for the Advancement of Science conference in Austin, Texas, last February. Claudia Kawas, professor of geriatric neurology at the University of California, has spent the last 15 years with her research team tracking data on 1,700 people who were aged 90 or more in 2003. It’s called the 90 + study. They have already published findings concerning frailty in this age group.

They have identified five factors that influence men’s lifespan.

The lead author of this new research stressed that, “People should try to incorporate as many of these things into their day to give themselves the best chance of living a ripe age.”

While ago, I reached the 88-year-old mark. My secret to a long, healthy life: Someone to love, something to do, something to look forward to.